What is a Self-Relieving regulator? What function does the Self-Relieving option provide? Why would you choose that option?  Let’s take a look and find out.

Figure 1 illustrates the typical physical characteristics of a PRV with the Self-relieving option. That’s the option that’s available on Steriflow’s Point of Use Gas Regulators.  This particular drawing shows the cutaway view of that option in our JSRLF model, but the JSRLFLP, JSR and JSRLP all function in a similar manner. 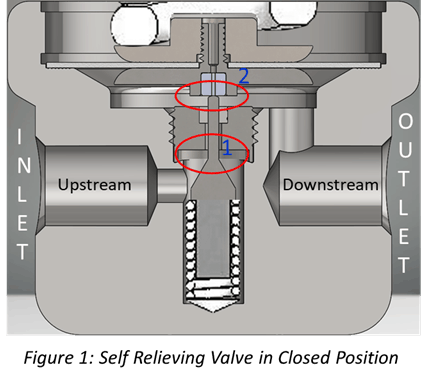 Figure 1 also illustrates all gas regulators (PRV’s) in the closed position. When a gas regulator is installed and operating, closure occurs when flow stops. The main valve plug seats against the valves Soft Seat main orifice preventing upstream gas from leaking through (1).

Gas regulators with the Self-Relieving option have an additional feature. The top of the Stem (above the conical plug) rests up against a special PTFE Insert with an orifice (2) that is embedded in the Lower Diaphragm Plate. That PTFE orifice is the entry point of a passageway to the inside of the spring housing. The spring housing is exposed to atmospheric pressure. During normal closed conditions (when downstream pressure ≤ the regulators set point), and during flowing conditions, that orifice is sealed by the top of the stem (2). 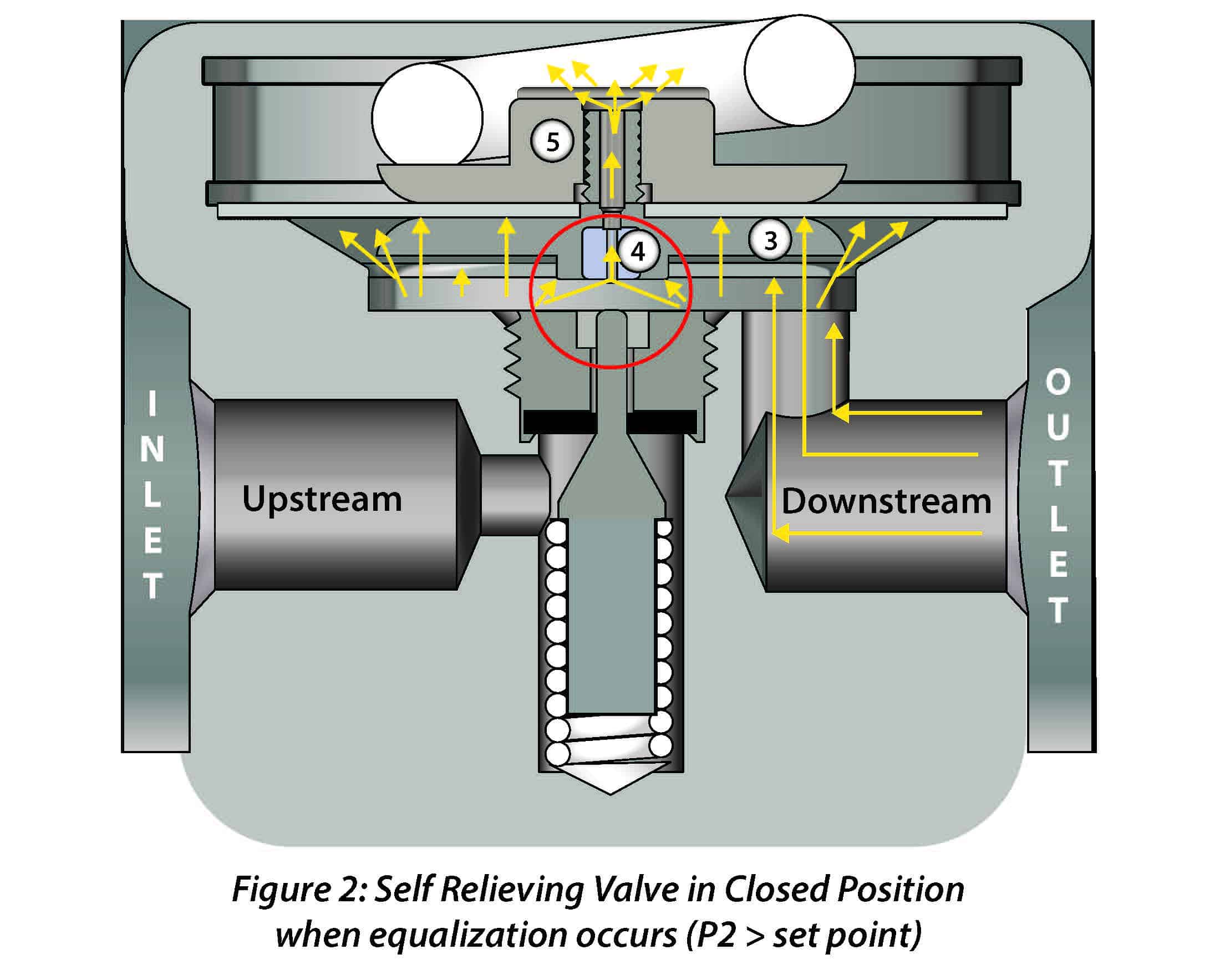 After closing, if the downstream pressure increases for any reason (equalization leakage for example) to a point where it is higher than the set point (P2 > set point), the excess pressure (3) will overcome the set point main spring force and push the diaphragm assembly off the top of the Upper Stem exposing the orifice in the PTFE Insert (4). The excess downstream pressure will vent through the PTFE orifice, through the passage in the diaphragm assembly (5) and into the spring housing. Once the excess pressure is vented, the diaphragm assembly will return to its normal resting position on top of the stem, sealing the orifice in the PTFE insert See Figure 1, (2).

I want to mention a few other points before we wrap up this discussion: